of the National Lancers

The National Lancers has a long and distinguished history as a volunteer militia cavalry troop. The Lancers were organized on 31 October 1836 at the request of Governor Edward Everett. The governor wanted a mounted ceremonial escort. However, as a unit in the Massachusetts Militia, the Lancers were also charged with enforcing the law and defending the Commonwealth from invasion and insurrection.

The initial strength was 64 officers and troopers. Each trooper provided his own horse and purchased a uniform. The state issued sabers and pistols. In 1837, the Lancers escorted Governor Everett to the Harvard commencement; the Lancers performed this duty well into the 1960s. In 1845, the Lancers adopted their distinctive red full dress uniform which they wear, with modifications, to this day.

With the outbreak of the Civil War in 1861, the National Lancers organized two war service troops designated as Companies C and D, 1st Massachusetts Volunteer Cavalry. The 1st Massachusetts Cavalry fought in 11 major battles and campaigns including Antietam, Fredericksburg, Chancellorsville, Gettysburg and Petersburg.

After the Civil War, the National Lancers returned to its drills, summer camps and escort duties. The Lancers have also escorted visiting U.S. presidents beginning with President Ulysses S. Grant in 1875. 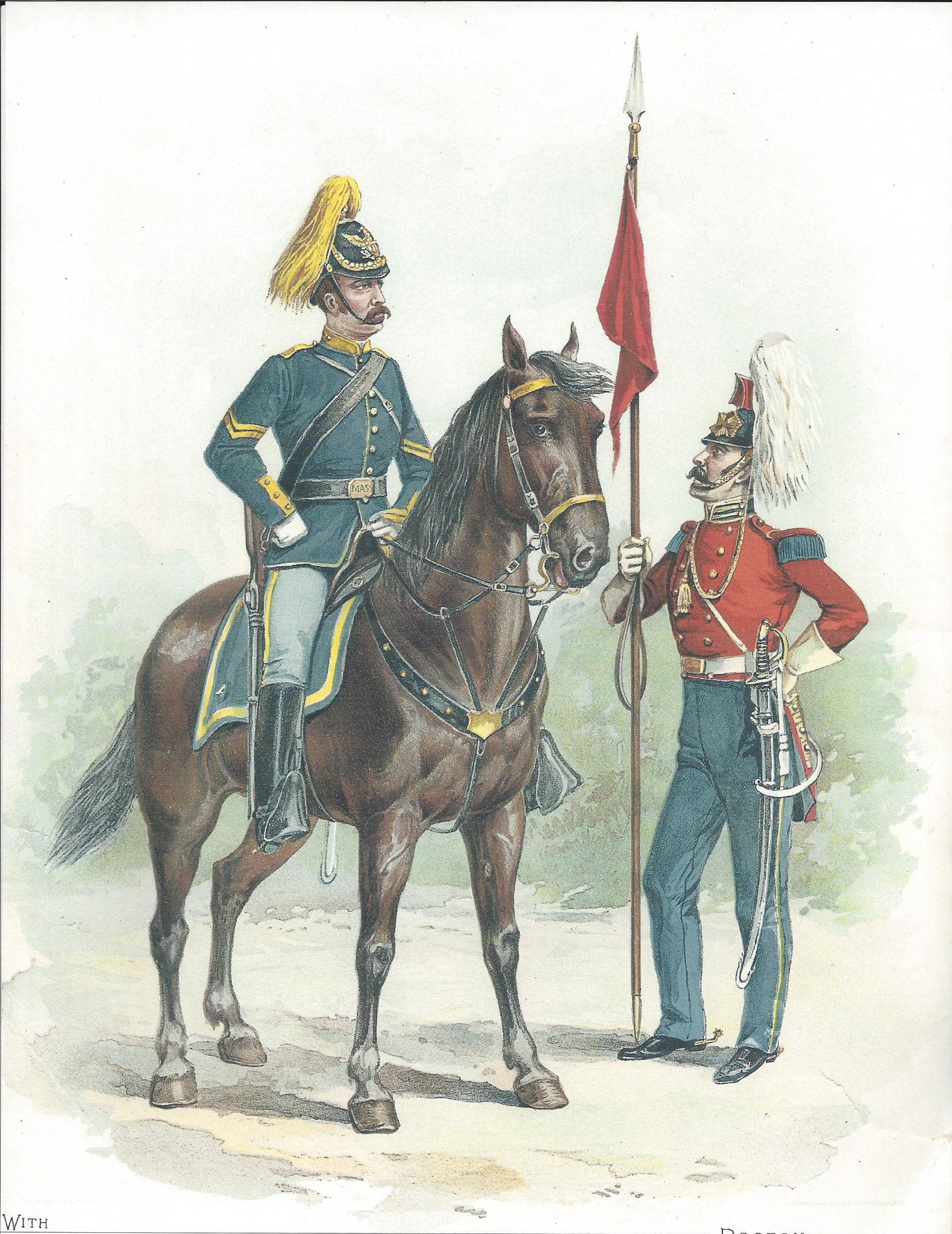 In 1920, the National Lancers reorganized as an independent troop with the mission of providing mounted escorts and reenacting the rides of Paul Revere and William Dawes. After World War II, the Lancers expanded to 50 troopers and 20 horses and established their own installation in Framingham. In 1964, the National Lancers rejoined the state militia.

The National Lancers is now a squadron with three troops. The unit takes part in dozens of parades and military and patriotic events every year. The Lancers take pride in their history, horsemanship and military bearing.